in stem cells and cancer

A University of Granada research group led by Dr. David Landeira
at the Centre for Genomics and Oncological Research (GENYO)

We use leading edge technology to study the human epigenome.

Data produced in our analysis is subjected to cutting edge bioinformatic analysis.

Our long term goal is to contribute to the application of stem cells to the clinics and to personalized cancer treatment.

We are interested in understanding how epigenetic factors regulate early mammalian development and cancer progression in humans. We use molecular and cell biology tools combined with genome-wide bioinformatics analysis to study key biological systems. We use pluripotent embryonic stem cells (ESCs) to study the role of epigenetics in cell plasticity and differentiation during early mammalian development. To study de role of chromatin factors in cancer progression, we combine the analysis of human cell lines and cancer patient samples.

ESCs are derived from the inner cell mass of the developing blastocysts (E3.5 in mouse and E5.5 in humans) and provide an infinite source of pluripotent cells that retain the potential to give rise to all cell types in an adult organism. Thus, pluripotent cells are a great system to study the molecular basis of the formation of the human organism. Additionally, pluripotent cells hold great promise for cell replacement therapies and disease modelling. An important aspect of pluripotent cells is their marked phenotypic heterogeneity that impact their differentiation ability and hampers their safe application in clinical settings. Therefore, defining the molecular basis of phenotypic variability in pluripotent cells is a key challenge of developmental biology and modern biomedicine. We know that epigenetic regulation is crucial in the creation of cell-to-cell variability in pluripotent populations. However, we barely know the epigenetic regulators involved nor their mode of action. Combination of new genome-wide approaches and single-cell analysis will let us decipher how epigenetic factors regulate cell-cell variability and its impact in the differentiation potential of pluripotent cells.

At cancer diagnose tumours are composed of tens of millions of cells that have already diversified producing heterogeneous cell populations. Intratumoral heterogeneity (ITH) has been observed in solid tumours and its study is greatly improving our understanding of tumorigenesis.  However, a majority of cancer therapies still fail to achieve durable responses which is often attributed to underlying ITH. Genetic alterations have been traditionally identified like the main drivers of ITH. However, emerging literature show that epigenetic heterogeneity is a key factor leading to functional cell-to-cell variability and different response to therapy. Additionally, genes encoding regulators of the epigenome are among the most commonly mutated genes in different cancer types. Thus, study of epigenetic regulators leading to epigenetic ITH will be key to design future effective treatments that minimize disease recurrence.

Currently we are developing a set of projects to decipher how the activity of epigenetic factors (i.e. Polycomb proteins) are coordinated with mechanism that create cell-to-cell variability (i.e. cell cycle transition or circadian rhythms) to regulate pluripotency function and cancer progression. We aim to characterize novel regulatory mechanisms that will be key to understand early human development, to move pluripotent cells to the clinics and to develop more personalized and precise strategies in cancer treatment. 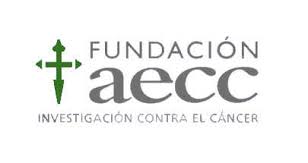 We are a multidisciplinary group led by Dr. David Landeira and affiliated to the Department of Biochemistry and Molecular Biology II at University of Granada. Our lab is based at the Centre for Genomics and Oncological Research (GENYO) that is co-funded by Pfizer, University of Granada and the Andalusian Regional Government.

We have extensive expertise using molecular and cell biology tools combined with emerging bioinformatics platforms to study key biological systems. We use embryonic stem cells to study the role of epigenetics in the biology of pluripotent cells and human cell lines and patient samples to study the function of epigenetic factors in cancer progression.